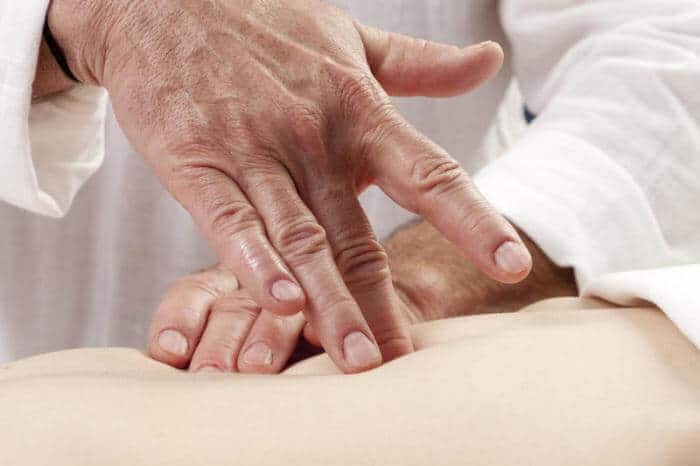 Many years ago I visited a famous "Filipino Psychic Surgeon" in Seattle (Alex Orbito). I remember feeling noticeably better after the visit than I did before. On my way back from this latest trip to India, I decided to stop and visit some of these "healers." I didn't have any serious problems, but I had the feeling they might be able to help relieve some of the various aches, pains and stiff areas in my body. Besides, it was "on the way home" since I was going to fly over the Pacific.

There is one website with a lot of good information, which I used as my main guide:

The first healer I visited was Esther Bravo in Urdaneta, Pangasinan (~5 hrs north of Manila by bus). I asked one of the "Tricycle" drivers in Urdaneta to take me to her chapel one afternoon.  (A "Tricycle," as they are called, is a motorcycle with a sidecar; it is the Filipino version of the Indian "auto-rickshaw") When I arrived at her small, modest chapel, no one was there, so I went back to my hotel. But when I arrived back at my hotel, I ran into a group of Russians. They didn't speak any English, but they managed to communicate to me that they were on their way to see Esther and invited me to cram myself into the motorcycle sidecar and come along, which I did. (I later found out there were also people visiting her from Italy and Estonia, and nearby Philippine villages, and they would all show up at her chapel at 9am every morning. Sometimes she would also tell people to come in the afternoon.)

Esther is a fairly young, short, attractive Filipino lady who speaks in an annoyingly high-pitched voice. But when she begins to channel the holy spirit, her voice drops about an octave and she speaks with confidence and authority.

As with all of the healers I visited, there is not much importance given to privacy at Esther's chapel. People who come and lie before her are half-clad in front of everyone.

She will listen to people's health concerns and give them some attention, but mostly she likes to be guided by her own diagnosis techniques to work in the areas where she feels she can be most helpful. The same is true for all three of the healers I visited. Also, her main style of diagnosis is similar to that of the other two healers I saw: She holds up a white sheet of paper in front of your body and apparently looks at the subtle energy impressions made on the paper from your body. (The other two healers I visited use a white cloth sheet instead of paper.)

Before she begins to operate on people, she give each person a "spiritual injection" in order to prepare them for the operation. This technique is unique to Esther. The way the injection works is that she has a helper hold a Bible open to John 17, then she "sucks up" the energy from the Bible in an imaginary syringe and injects it into people in various locations of their bodies. When she injected me with the healing spirit, I felt it quite clearly and was immediately convinced she was genuine.

After the injections, she starts rubbing different areas of people's bodies, depending where they need attention. As she rubs, some blood starts to flow and eventually some objects are pulled from the bodies that look like they don't belong there. (She doesn't allow cameras, so I don't have pictures.) I saw her pull many strange things from people, including myself. One girl who was there from Estonia told me she saw Esther pull some organ out of someone's body, clean it, and then replace it!) But what most impressed me about Esther was how I felt after each operation, I felt lighter, clearer and more flexible, and I noticed in my subsequent meditations that something had shifted/opened in me energetically. In fact, I was so pleased with the experiences I was having with Esther that I decided to stay with her in Urdaneta for my entire time in the Philippines. But then one day I got word that she would be gone for a few days and so I decided I would take advantage of the opportunity to visit some of the other healers.

Note: I found out later from a French-Canadian man that there is another healer in Urdaneta named, "Aurelia Guttierez," whom he feels is even better than Esther. Most of the tricycle drivers in Urdaneta know where both Esther Bravo and Aurelia Guttierez live, so you just have to hop in a tricycle and say their name.

My first morning in Bagio, I went to see Jun Labo. When I met him, he shook my hand invited me into to his living room. I was quite surprised to find out later that he is 77 years old, since he looks radiant, with very clear eyes. He asked me about my health concerns, but explained to me that he had already finished his work for the day and it would be better if I came back the next day at 9:30am, along with the others who would be arriving then.

My experiences with Jun Labo made it clear to me that he is in a completely different league than Esther. The sheer size of the objects I saw Jun pulling out of people, including myself, impressed me greatly. The amount of blood that flowed was also much, much more. Watching him work, or even watching videos of his work is not for the squeamish!

Jun charges 6000 Pesos per operation (about $120), which is a lot by Filipino standards. But after just one visit, I decided to schedule the recommended 10 days of healing sessions.

He starts out each day with a church service, which he conducts in the chapel next to his living room, and he expects everyone who is going to receive healing that day to attend the service at 9:45am. In the service, he asks for blessings and support from Jesus Christ and gives the credit for his healing work to Christ. All the Filipino healers work with the healing energy of Christ, as far as I know. (The culture of The Philippines is strongly Catholic.)

Jun seemed to know intuitively exactly where I had pains, stiffness, Etc. I had beed told years before by someone who sees energies that I had a block in the lower part of my chest and he went right to work on that area, without me telling him about it. He pulled out some nasty looking things from there, which you can see on the YouTube videos below. I also saw him pull some huge (baseball-sized) objects out of a large Japanese man, and similarly large objects from a French-Canadian lady. (Note: I'll be getting a video of the latter, which I can email to those who ask. Unfortunately I don't have it at present, and I know for a fact the lady in the video does NOT want me to post it to YouTube.)

Among other things, he also worked on opening my third-eye chakra. He doesn't do this for everyone, but he does it when he feels it's appropriate.

One time Jun removed a huge amount of mucus from my upper chest and throat area, which convinced me to reduce dairy intake when he showed it to me. 🙂

There are also a picture on the wall in the waiting room in which it shows where Jun has pulled some lady's eyeball out of its socket and is holding it with one hand about an inch away from her face while he cleans behind it with a finger of the other hand. Just bizarre stuff, and again, not for the squeamish.

Jun is very famous in the Philippines and abroad. He was the personal healer for former Philippines President Marcos and his wife, Amelda Marcos. He has also been flown all over the world to work on people such as former Libyan Leader Gadafi. Burt Lancaster once made a movie about Jun Labo as well, for which Jun was flown to a hospital in Wisconsin where he was "tested" by a team of medical doctors. After the tests, all the doctors agreed that his work was genuine and he really was pulling out things out from people's bodies, and it was real human blood that was flowing, with DNA that matched the patient's DNA. About two weeks after the doctors had all agreed on this, they all reversed their positions 180 degrees. Hmmm... I wonder if the American Medical Association or some large pharmaceutical representative had a talk with the doctors after Jun left and convinced them to reverse their findings...?

As I did after my visits to Esther, I felt lighter, cleaner, calmer, and more flexible after each visit to see Jun. It was clear that something significant was shifting and I still feel the effects weeks later.

After each morning of operating on people, Jun would invite everyone upstarts to his living room, serve them fresh mint tea, and smoke a cigarette while chatting with us. 🙂 (He is clear that smoking and/or eating meat is not right for everyone, but he says they are ok for some people.)

After 10 days of seeing Jun, I felt pretty good, but I still had 2 days left before my flight, so I went to see one more healer in Bagio: William Nonog. I only had a chance to see him two times, but I definitely got the impression he is just as genuine and just as good as the others. I also saw him pull some pretty large things out of my French-Canadian friend, Andre. As with the others, I felt a positive shift after each visit to see William. William also works on opening the third-eye chakra and integrating it with other chakras. Note: If you're going to see William, you should arrive at 9am on Tue. and/or Fri. at his house (The address is in the document referenced by the link above). Those are the two days he operates. If you want to contact him to make sure he will be there, here's some up-to-date contact info: Cell: 0063-9166-151558. email: william_nonog@yahoo.com.

Note: These healers are NOT enlightened masters; they are gifted souls who serve as technicians to help people clean out the accumulated toxins/growths/tumors/internal scar tissues/Etc from the body. This cleaning of the physical body may seem to help shift the thought patterns of the one being cleaned, but I prefer to think of the cause-effect relationship in the reverse order: These "psychic surgeons" are merely a mechanism through which a new, "cleaner" pattern of thought can be expressed in terms of a "cleaner" body. People (like my grandparents, for example) who have gone to see the Filipino psychic surgeons without any intention of changing their patterns of thought or behaviour, usually report some temporary relief, followed by a recurrence of the disease.

Below are some video links. I have more videos I can post if there is interest. Did I mention these videos are not for the squeamish?

(That is Conan on the treatment table!!).

Note: There are other videos of Jun Labo on YouTube if you search for him. Some people think he's fake. I don't, but maybe that's just because I want to believe it's genuine. I will admit that the "placebo" effect is very powerful. "Belief is powerful indeed." If he succeeded in making me believe I am healed, then I am healed. 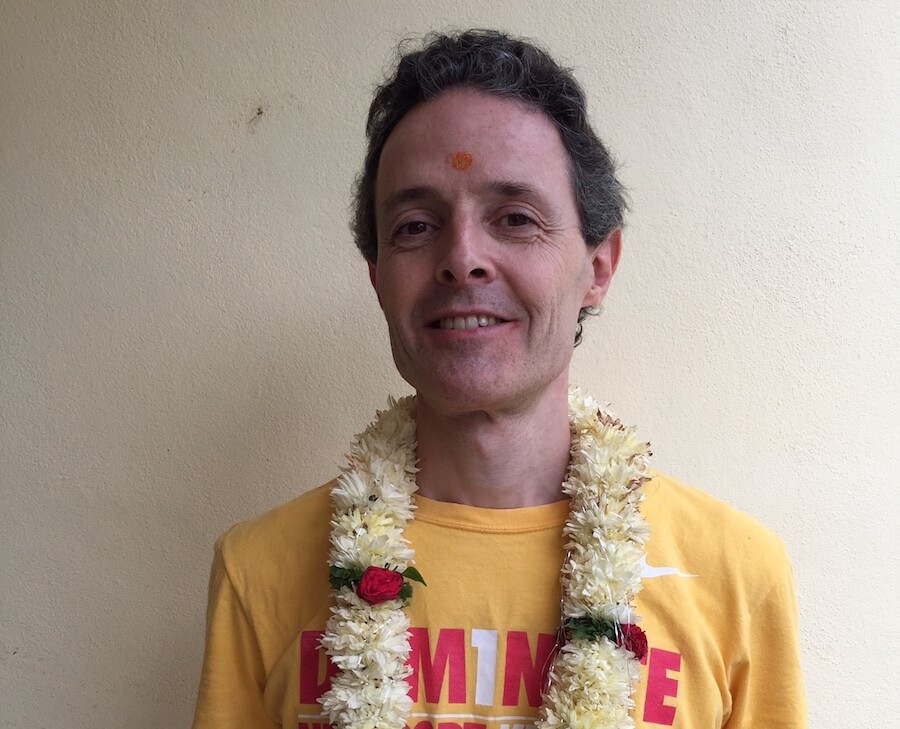 Vital Veda Podcast #005
Fluctuating Between a Celibate Monk and Successful Businessman While Exploring the World’s Saints, Healers and Mystics with Conan Mischer