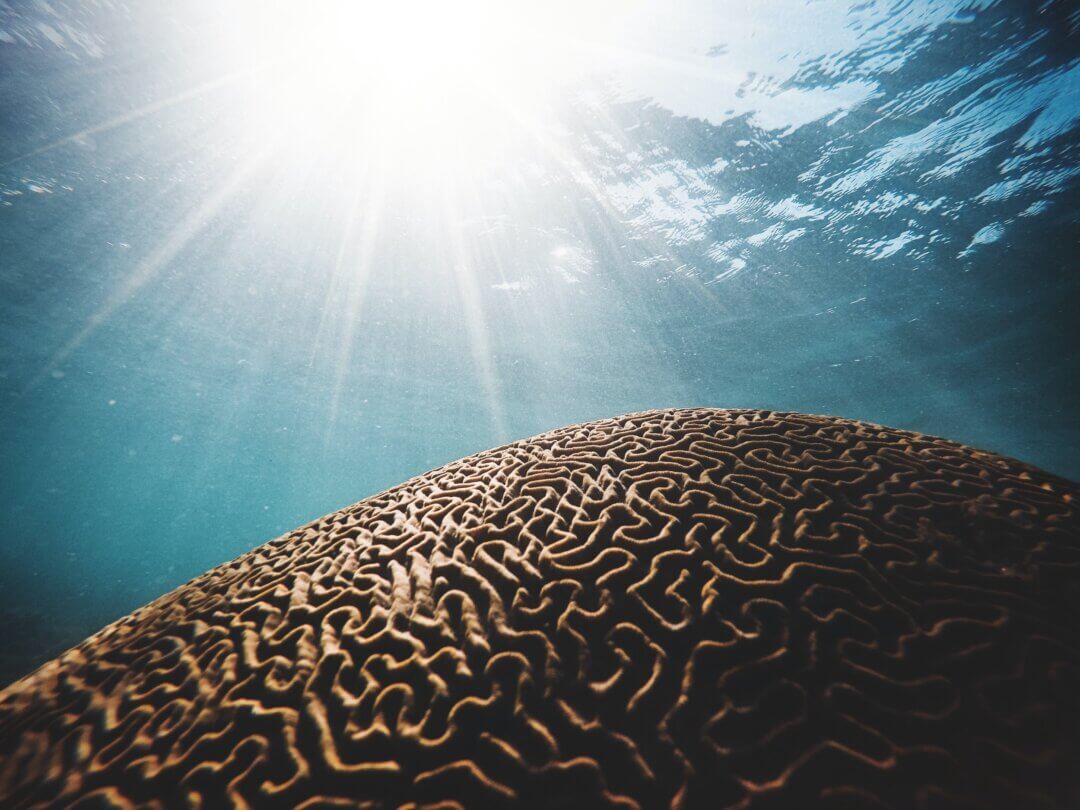 Experts are warning that “tsunamis of Alzheimer’s” are approaching the shores of human blood-brain-barriers.

Alzheimer’s is predicted to bankrupt the American Medicare system by 2033.(1)
It has now become the third leading cause of death in USA.(1)

While this may be becoming the “norm,” it is NOT natural.

This is because one of the main pathologies of Alzheimer’s is insulin resistance in the brain.

This means your brain is starving of energy. It cannot metabolise glucose (energy from food) in order to drive it into your brain for fuel.

This is why improving insulin sensitivity is an important component to PREVET and reverse cognitive decline, such as in the case Alzheimer’s.

Prevention Has Never Been So Important

I emphasise the word Prevent because:

1. All around the world we are facing epidemics of diabetes and insulin resistance. The crazy part is that a lot of these people are undiagnosed - a significant % of certain populations are pre-diabetic and do not even know it! (e.g. one third of Americans are pre-diabetic, and 90% of them do not know it!).

2. Alzheimer’s, other forms of dementia and other neuro-degenerative disorders are becoming epidemics (as mentioned above).

Ayurveda emphasises that we should have the same cognitive performance at 85 years old then we did at 30 years old. Maybe you have met elderly in their 80s, 90s, or even hundreds who are fully alert and cognitively able.

This is natural health. This is your birth right.

In addition to insulin sensitivity, there is another factor important factor for Alzheimer’s. This, in simple language, is “dry brain.”

Ayurveda knew about Alzheimer’s and dementia thousands of years ago. They called it Vata in the brain.

This encompasses dryness in the brain, which creates a rough and insufficient connection network, resulting in synapses failing to connect brain cells with each other.

These brain cell communication mechanisms interacts with chemicals and function as neurotransmitters. This again is the vata bio-energy. Vata governs all movements in the body.

Vata also causes catabolism, or reduction of tissue. This is seen in Alzheimer’s where the outer layer of the brain (cortex) is shrinking caused by the

Another component of Alzheimer’s is that plaques and neurofibrillary tangles deposit in the brain and impair synapses.

This is partly ama (undigested toxic material) that deposits and further hampers vata (communication) which is responsible for performing functions like memory, judgement, speech, enthusiasm, social skills and movement.

But we need to acknowledge why Beta amyloid plaque is there in the first place.

Beta amyloid plaque is actually part of your defence response.

Beta amyloid plaque is actually an antimicrobial peptide (AMP). It is important for host immunity and to tackle bacteria and binds to toxins like heavy metals.

It’s fine to remove amyloid, but first remove the ongoing insults which caused the plaque to increase!

Alzheimer’s is absolutely heart breaking. You don’t see it because it is behind close doors. Those who see it are those living with someone who has Alzheimer’s or those who experience it themselves.

They can’t tie their shoes, they can’t get dressed and they can’t perform activities they have loved doing ritualistically for decades.

The disease may eventually lead to complete dependence and finally pre-mature death, usually associated with another illness.

At present there is no cure for Alzheimer's disease in western medicine. Further more, drug development for Alzheimer’s has so far been a dismal failure, with 300 failed trials to date. This is because the drugs were intended to remove beta-amyloid plaque from the brain, but beta-amyloid is a symptom of Alzheimer’s — not the cause.

How to Help Prevent and Heal Alzheimer's

Ayurveda simply uses the opposite quality to bring balance to a certain quality.

So in this case of dry brain, lubricate the brain.

Here are some ways to lubricate the brain:

1. Nasya (Sniffing Oil Up The Nose)

Nose is the gateway to the skull. So it is via this pathway that we can access the brain.

Nasya is a practice of sniffing medicated oil up the nose. It is advised to do multiple times a day as part of one’s daily routine.

This will help optimise brain function and strengthen the sensory organs.

For those who are practicing Nasya as a preventative and cognitive enhancement tool, you can use Nasika medicated oil.

For those with pre-symptoms or symptoms of a neuro-degenerative condition, we recommend you use a stronger oil like Special Nasika. 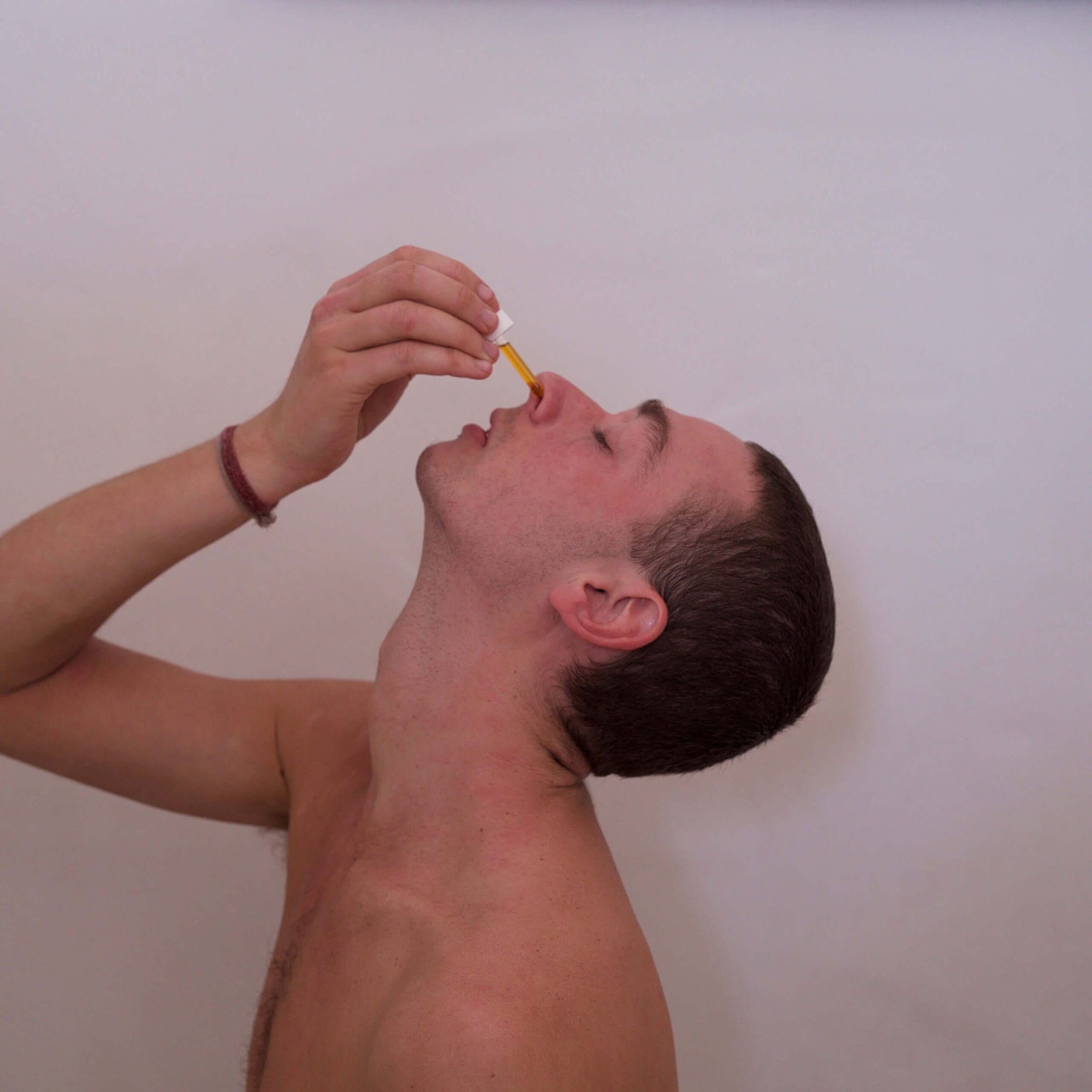 2. Massage Oil Into The Head

Regularly lubricating your scalp with oil and massaging it in will also balance the vata in the brain.

For those experiencing onset of neuronal conditions, or who want to further enhance their brain health, use an Ayurvedic medicated oil formulated specifically for brain health. 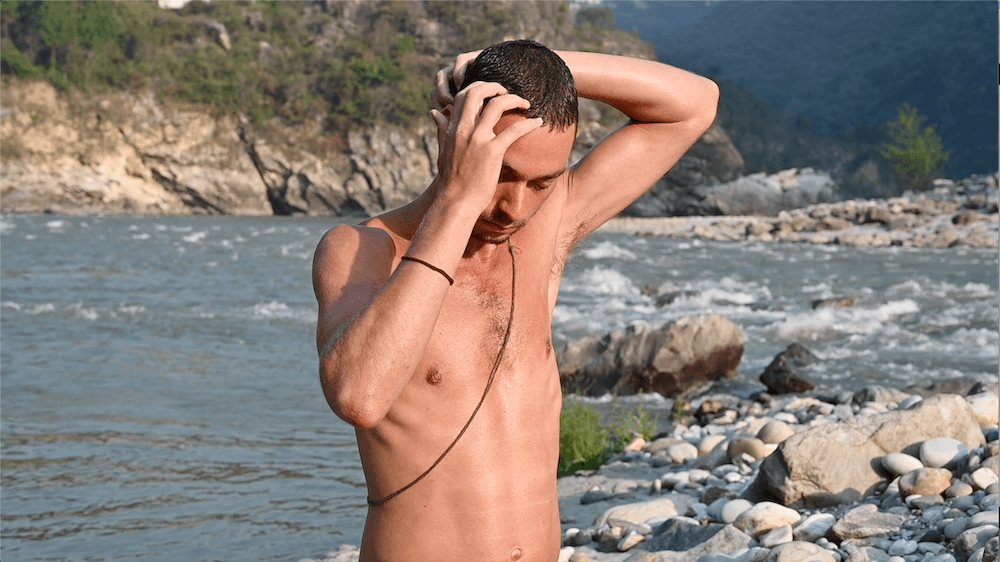 Ghee in very important for mostly everyone to regularly include in their diets. Due to it's ideal ratio of omega six and three this animal fat satisfies various neurological requirements from DHA (brain fuel) to support to refold or proteolyze misfolded proteins (these are typically misfolded in Alzeimer's).

Most fatty acids won't cross the Blood- Brain-Barrier. These fats just may.

Furthermore, this is why cyclical ketosis can be beneficial, and why it is helpful to be metabolically flexible. 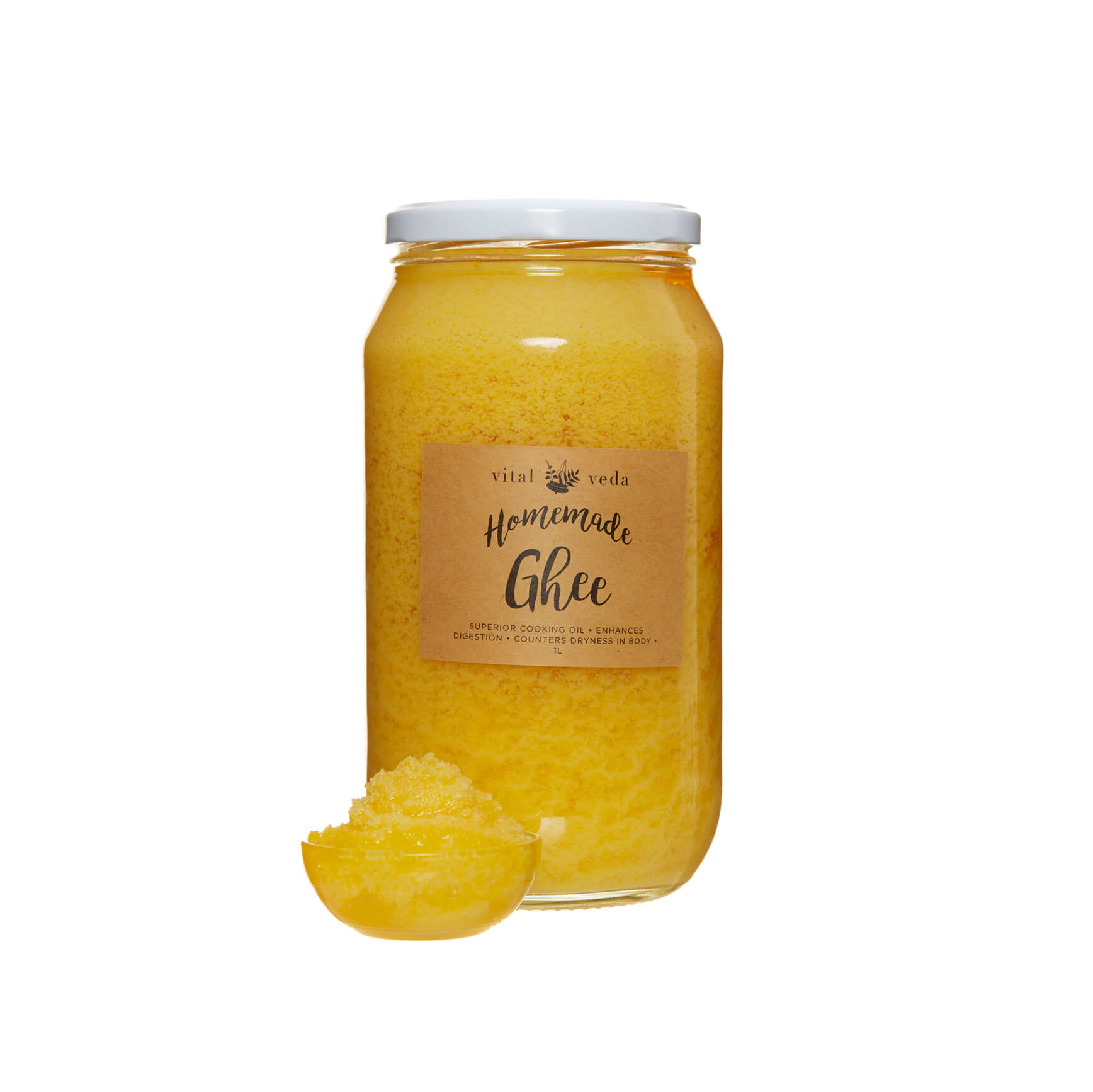 Shirodhara is an ancient treatment where warm medicated  oil is poured over the head in a rhythmic mater. This stabilises the mind and everything going on inside it. During this treatment, usually you'll lie in deep, blissful rest, (that is if you haven't transcended).

In the case of neurological disorders, Shirodhara helps improve synapse connection, strengthens the bone marrow in the skull and regulates the hypothalamus, pituitary  and pineal glands.

We recommend a series of shirodhara treatments over consecutive days for more powerful effects.

Note, there is also an Ayurvedic treatment called Shirobasti which is similar but perhaps more powerful for neurological health. 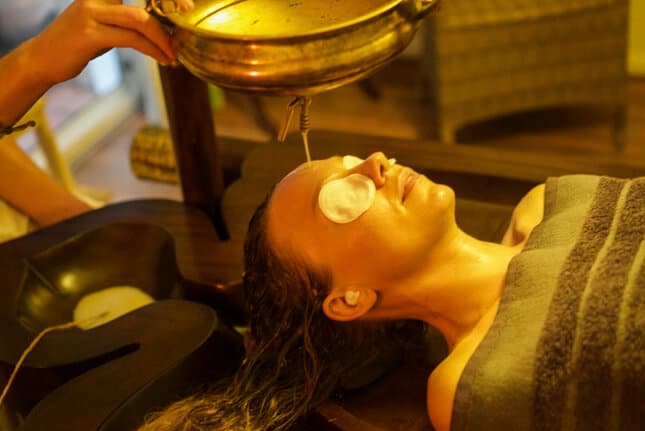 Matra basti is a small nourishing oil enema to be administered yourself before sleep 1-3x/week or as prescribed.

Enemas are not only for the gut! As a matter of fact, the primary use of enemas are for your nervous system! Your navel is home to the Enteric Nervous System (the largest nerve plexus in the body) where all your nerve plexuses end in. Furthermore, this herbal administration method bypasses the liver. This is why Ayurvedic bastis are powerful to nourish, (not detox) the brain and central nervous system.

*Note: Oils to Use:
The oil must be processed a specific way  (“mrdu paka”) for matra basti since other oils may contain ama (toxins) and may have a "rough" effect on vulnerable organs. MGB oil is helpful for types of dementia and Parkinson's. 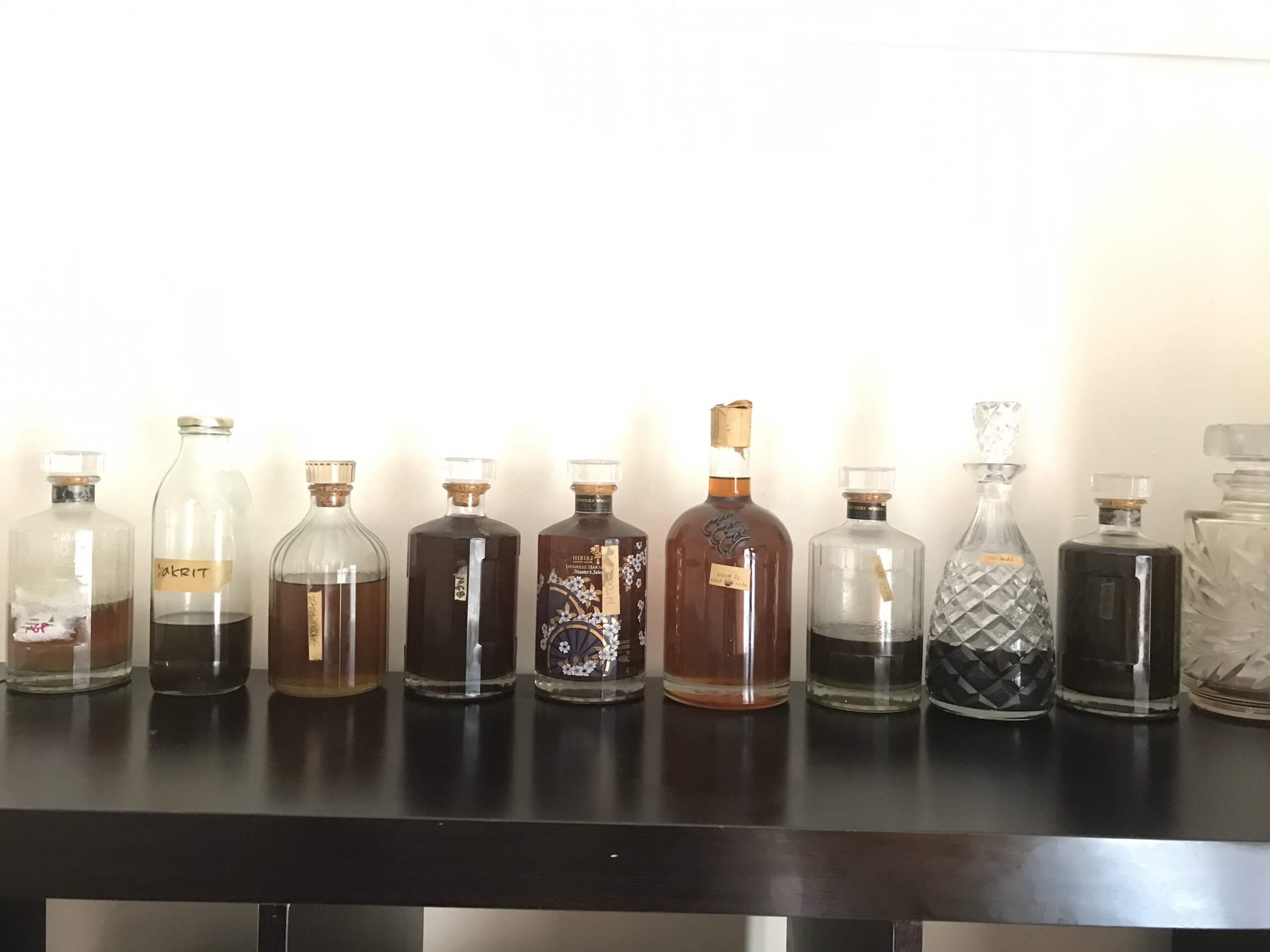 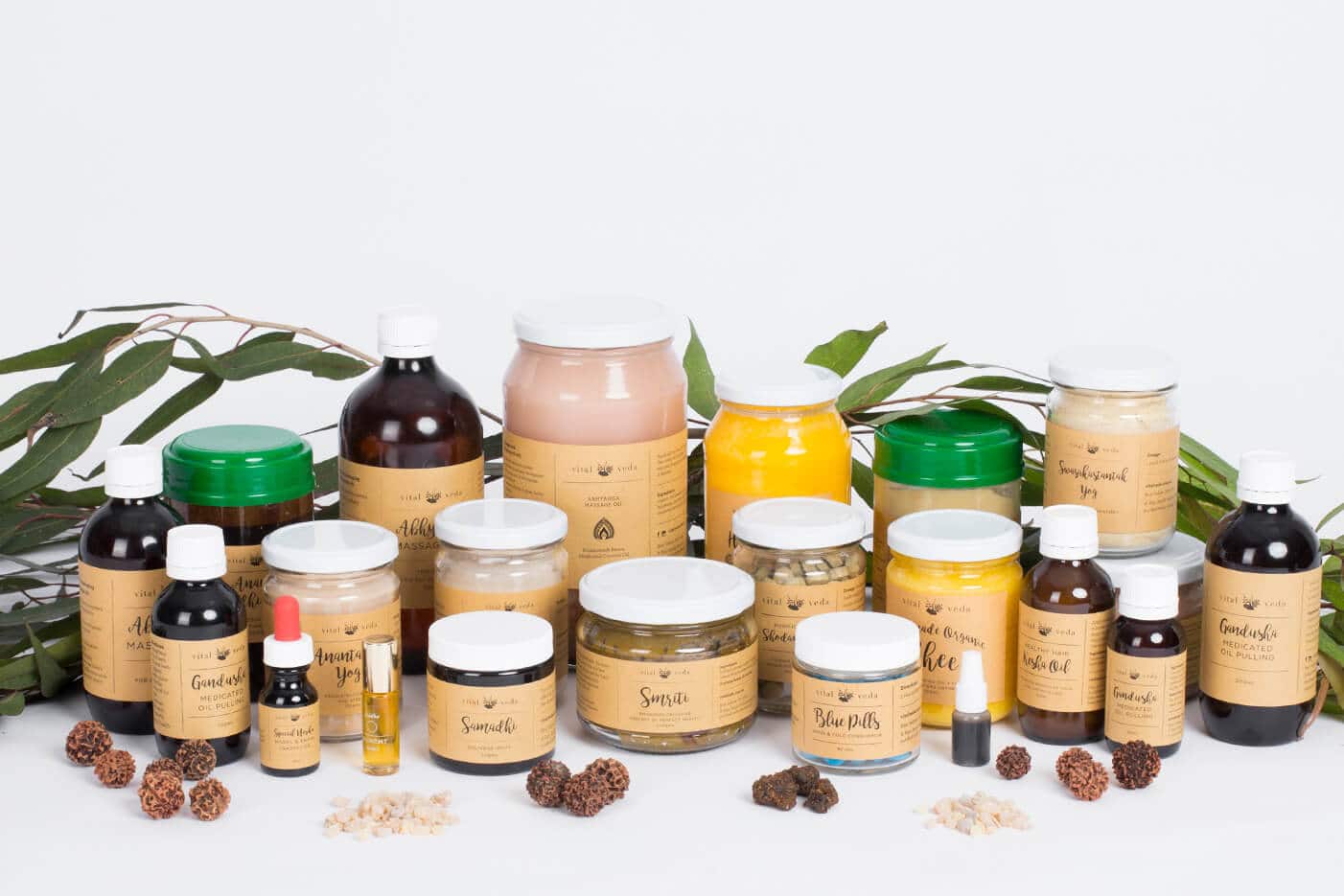 (2) Travis Christofferson, “Ketones, The Fourth Fuel: Warburg to Krebs to Veech, the 250 Year Journey to Find the Fountain of Youth."

*This information and these statements have not been evaluated by the Therapeutic Goods Association or the Food and Drug Administration. This information and these products are\ not intended to treat, diagnose, cure or prevent any disease.
Disclaimer: The entire contents of this website are based upon the opinions of Dylan Smith.  This information is in no way to be construed as a substitute for consultation with a licensed health professional. It is not intended as medical advice. They are intended as sharing of knowledge and information from the research and experience of Dylan Smith and his community. Dylan Smith encourages you to make your own health care decisions based upon your research and in partnership with a qualified health care professional.